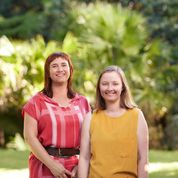 Your Greens councillors have shown the people of Wollongong what they care about, that they are have a clear vision and that they are effective. They have been able to work collaboratively and constructively with other Wollongong City Councillors across the political spectrum. Many of the things that matter locally do not have to made into party political issues.

Procurement of Electricity from Renewable Sources - 28 June 2021
At Council meeting 28th June Greens Councillors Mithra Cox and Cath Blakey succeeded in adding words to ensure the energy purchased by Wollongong City Council is 100% renewable from the start of the contract - not waiting until 2030, nor building up to it gradually. The motion adopted reads: "Council enter the Binding Agreement for Tender and Resultant contract with Procurement Australia for a NSW Renewable Power Purchase Agreement"

Object to the use of nets as part of the NSW Shark Management Strategy. 19 April 2021
Councillor Cath Blakey moved that  Council make a submission to the NSW Government’s review of the Shark Management Strategy, which currently supports the phasing out of the current shark meshing program and asks that it be replaced it with a combination of alternative shark mitigation strategies (such as drone surveillance, personal shark deterrents, education and SMART drumlines) that more effectively protect beach users without damaging marine wildlife. All councillors agreed.

Object the the Expansion of Russell Vale Mine under the water catchment, 26 October 2020
Councillor Cath Blakey moved that the council should write to the Independent Planning Commission to object to the Russell Vale Underground Expansion Project on the basis of community concerns of increased heavy vehicle traffic, dust, noise, threat to the drinking water catchment. All councillors agreed.